The technology was originally developed for oil drilling bits. PDC core bits have proved to be exceptionally cost effective for geotechnical drilling.

PDC core bits have extremely fast penetration rates and a very long working life. The cutters are extremely tough and can core formations such as hard limestones with occasional bands of harder rock such as ironstone.

The cutting action is extremely aggressive and a large volume of cuttings are produced requiring good volumes of flush to clear the hole and prevent blocking.

Recommended for coring soft to medium hard formations, with water, air, mud or foam as the flushing medium. Ideal for air flush applications where a high rate of production is required.

The size, number and layout of the cutters can be varied to suit the rock hardness, abrasivity and other details of the application.

We supply two types of tungsten carbide core bits. The standard TC Insert type has a crown with a sawtooth profile, where each tooth is a tungsten carbide insert.   Inserts may vary in shape: they may be flat plates that extend across the width of the crown, or octagonal shaped prisms arranged alternately on the inside and outside diameter of the crown. The octagonal inserts are more hard wearing because they have a greater number of cutting edges and are less prone to chip or shatter.

Carbotec type bits are composed of crushed tungsten-carbide chips suspended in a metallic alloy and fused to the steel crown. Typically, these tungsten-carbide chips have a grain size of 2 to 5mm and have a totally random orientation within the bit crown. This type of core bit  has many more cutting edges than the standard TC. insert variety. Therefore Carbotec bits have a wider range of applications including slightly harder sedimentary formations.

Cut effectively at low r.p.m. and low weight on bit

Can be cost effective in soft formations 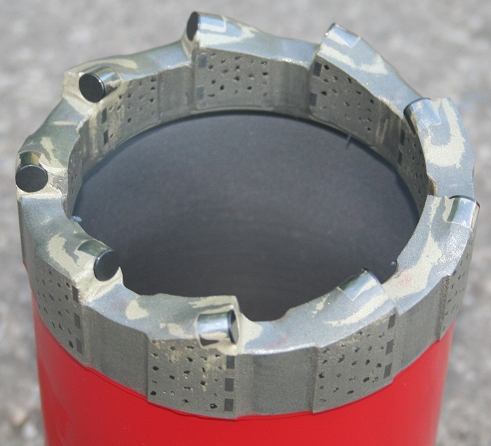 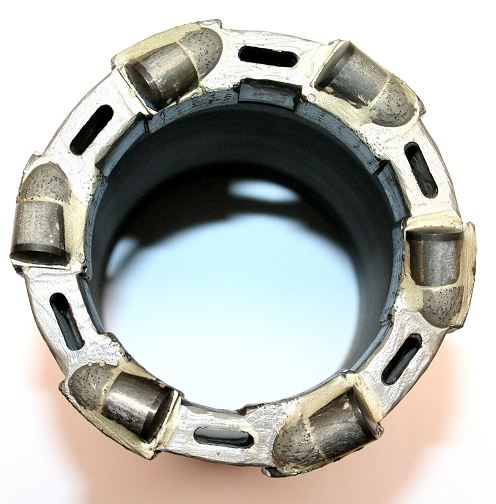 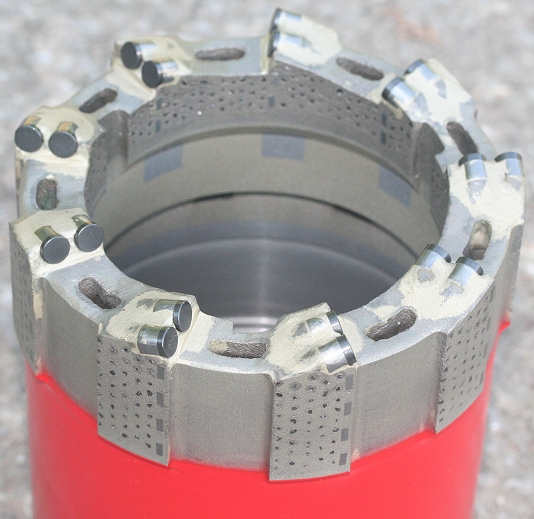